MADE IN JAPAN
Your racket purchase includes a FREE RESTRING @ YOUR DESIRED TENSION! Strung on THE ONLY YONEX PROTECH 8 electronic stringing machine in NZ to the highest standard by an OFFICIAL YONEX STRINGER with experience since 1993. We specialise in stringing @ high tensions! If you are unsure, our stringer is actually a Yonex Official stringer and a high performance coach, we are more than happy to give some advice if you would like. Just let us know what level you play at. 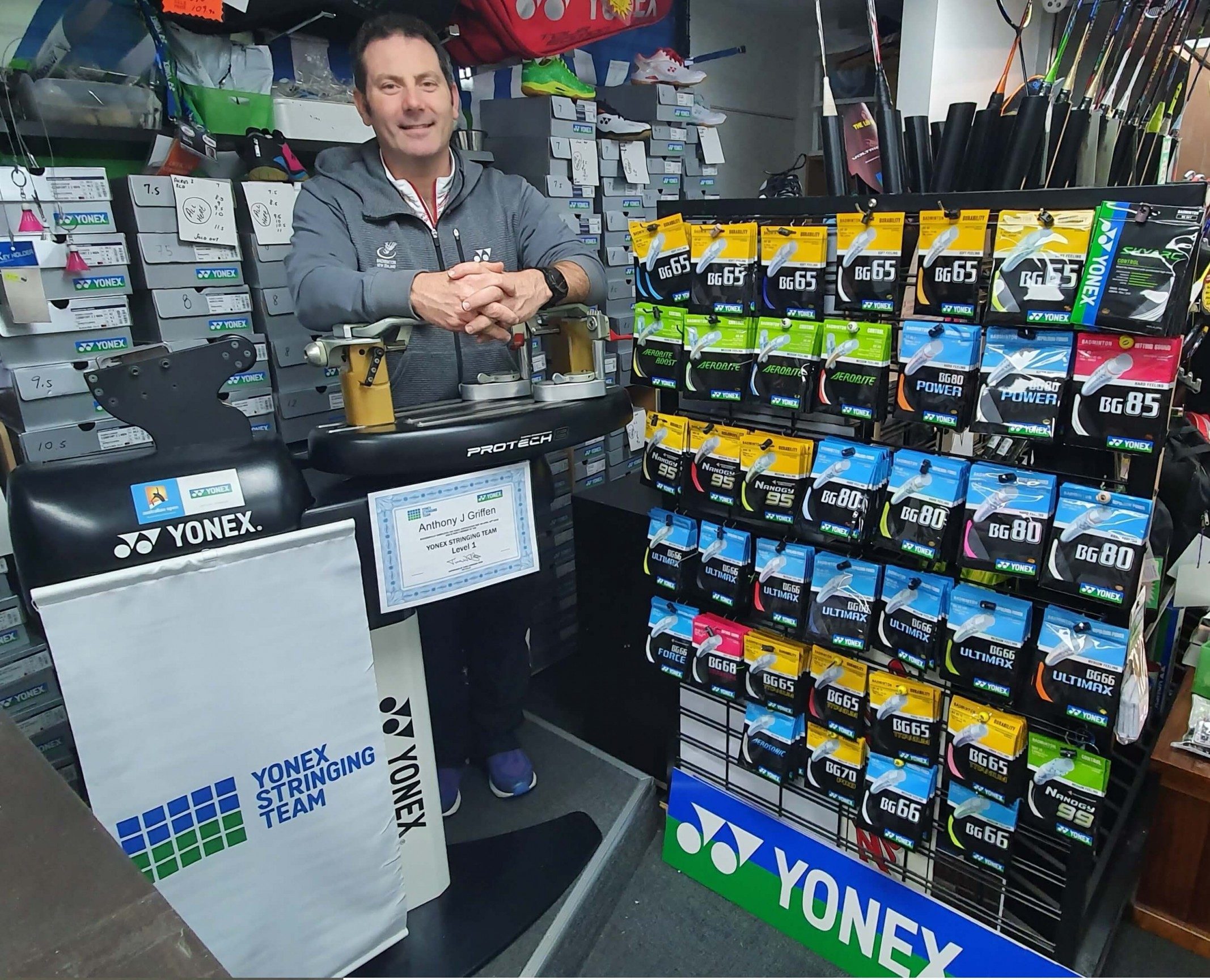 TOKYO, Japan – The acclaimed ARCSABER series designed for control is reimagined and returning to courts in February 2022. Inheriting the one-of-a-kind feeling at impact, the new ARCSABER 11 will sport enhanced playability with emphasized shuttle-pocketing for a controlled offense. Taking control of the court can come in all different forms, and for the ARCSABER, it comes from the extra few milliseconds of shuttle contact time allowing assertive, precise shot-making.

With nearly 15 years of history that saw astonishing performances from world-class athletes like Taufik Hidayat (INA), the ARCSABER series holds a unique positioning in the Yonex racquet line-up as a series defined by shuttle-hold. In 2007 when the series was first released, the ARCSABER 7 came at a time when repulsion-based racquets were the standard. Today, after years of research and development, shuttle-hold has become a key ingredient in providing confidence for an athlete and their shuttle control.

The new ARCSABER 11 is enhanced with the development concept of “decisive control”. Analysis of the previous model showed potential for improvement by increasing frame stability while increasing shuttle contact time.

Frame stability is improved with a new frame structure that has a stiff build at the top and bottom of the face, reducing twisting and unwanted distortion at impact. The new CONTROL-ASSIST BUMPER is a connected grommet piece placed at the top of the frame which contains T-ANCHOR, micro-sized tetrapods, that help lock in vertical strings reducing unwanted string movement and improving accuracy.

To extend shuttle contact time, the sides of the frame, unlike the top and bottom, are softer allowing flexibility around the sweet spot. Also a new technology, the POCKETING BOOSTER is lined within the top of the frame. This inner lining is a proprietary rubber-like material that brings additional elasticity to the frame’s flex increasing both shuttle hold and shuttle launch speed.

The advancements in the new model saw 6.6% increase in shuttle contact time, and 3.7% increase in smash power in comparison to the previous ARCSABER 11 (tested by Yonex).

Control with confidence through this unique frame structure with varying levels of flex from top, sides, to bottom, built to increase shuttle hold while reducing instability and twisting at impact.

The CONTROL-ASSIST BUMPER is a connected grommet attached at the top of the frame.  This bumper contains T-ANCHOR, micro-sized tetrapods that lock onto the strings. By locking onto the strings, unwanted string movements are reduced to improve accuracy.

The top of the frame is lined with POCKETING BOOSTER*, a proprietary rubber-like material emphasizing elasticity in the frame’s flex. 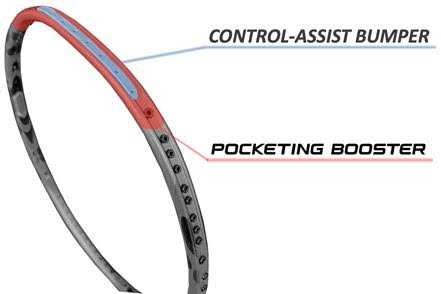 The extra stiff profile provides a solid stable fee on impact with the shuttle.

The new ARCSABER 11 has an expanded ISOMETRIC face in comparison to the previous model. The expansion allows for a larger, more forgiving sweet spot. 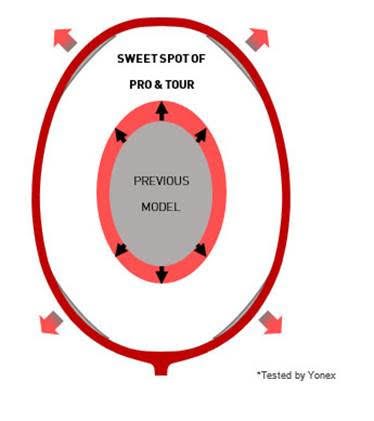 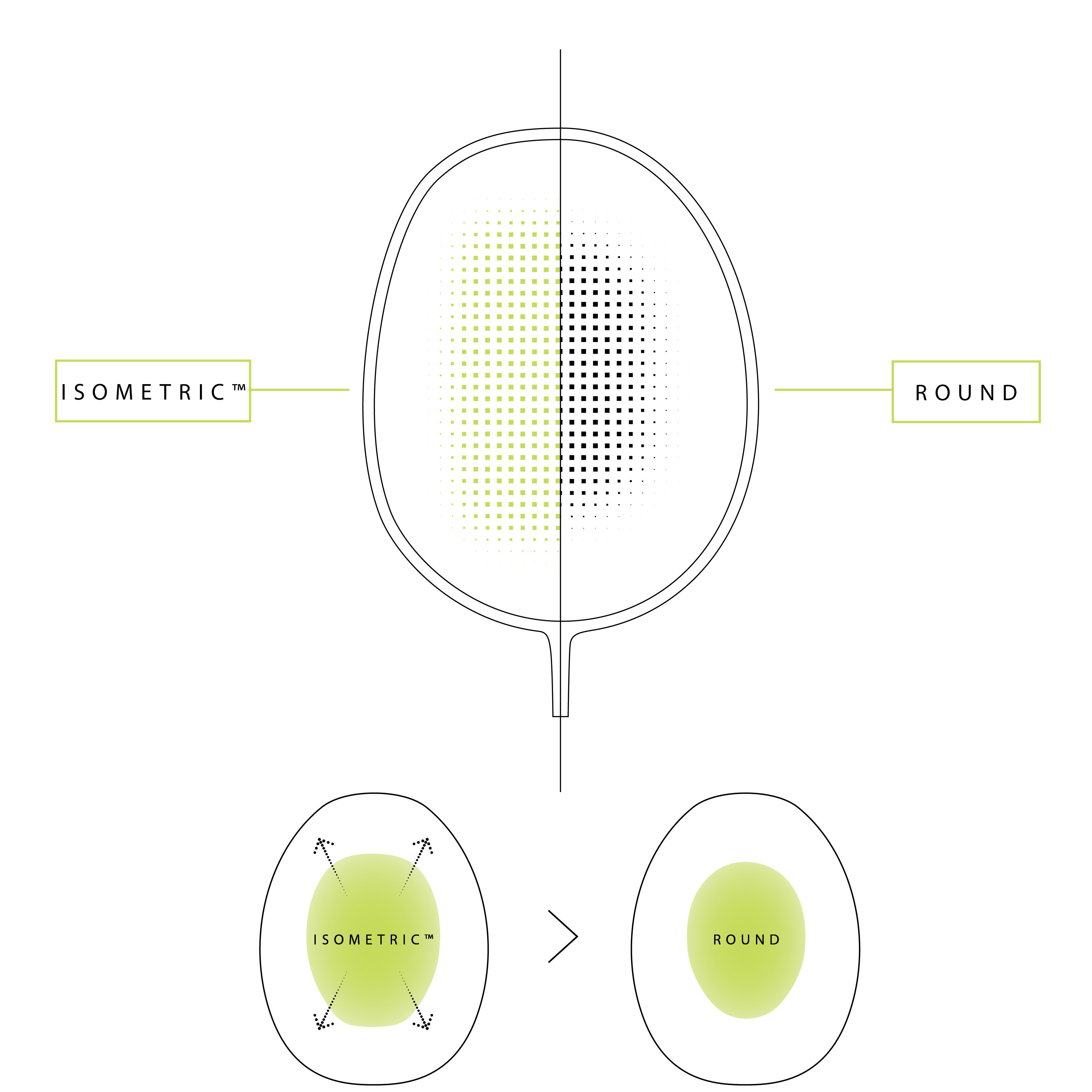 The shaft is constructed using ‘Ultra PEF’ – ultra poly ethylene fibre – which is light enough to float on water yet able to withstand immense forces. these characteristics allow for maximum shock absorption. 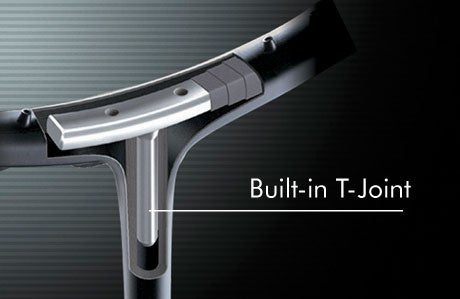 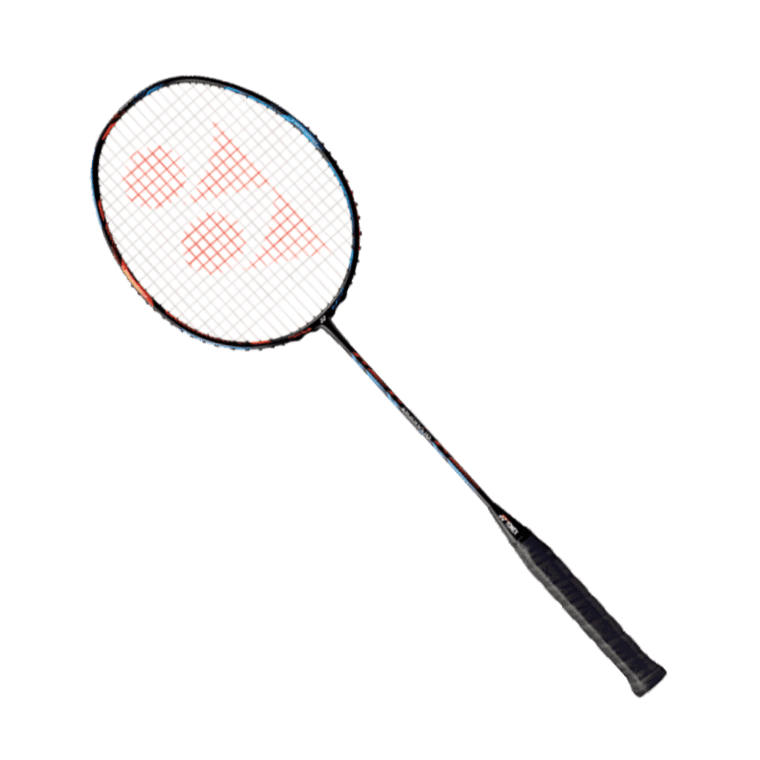 The new shape allows the shaft to flex, which ensures the maximum effect of “Namd[1](more flex and faster kick-back graphite material)” and stabilizes the racquet face by preventing the shaft twisting, increasing control 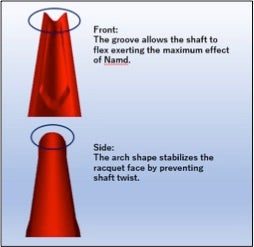 A new composite material T-ANCHOR used in the T-joint helps reduce excess torque when hitting an off centre shot.

The frame is lined with POCKETING BOOSTER, a proprietary rubber-like material emphasizing elasticity in the frame’s flex.

The CONTROL-ASSIST BUMPER attached at the top contains T-ANCHOR, micro-sized tetrapods that help lock in vertical strings for improved accuracy.

I live in the UK and had propmt service. My racquet arrived within one week. I was looking for a nano speed 9900 and this site was the cheapest. Would recommend. Will be ordering some shoes as well.